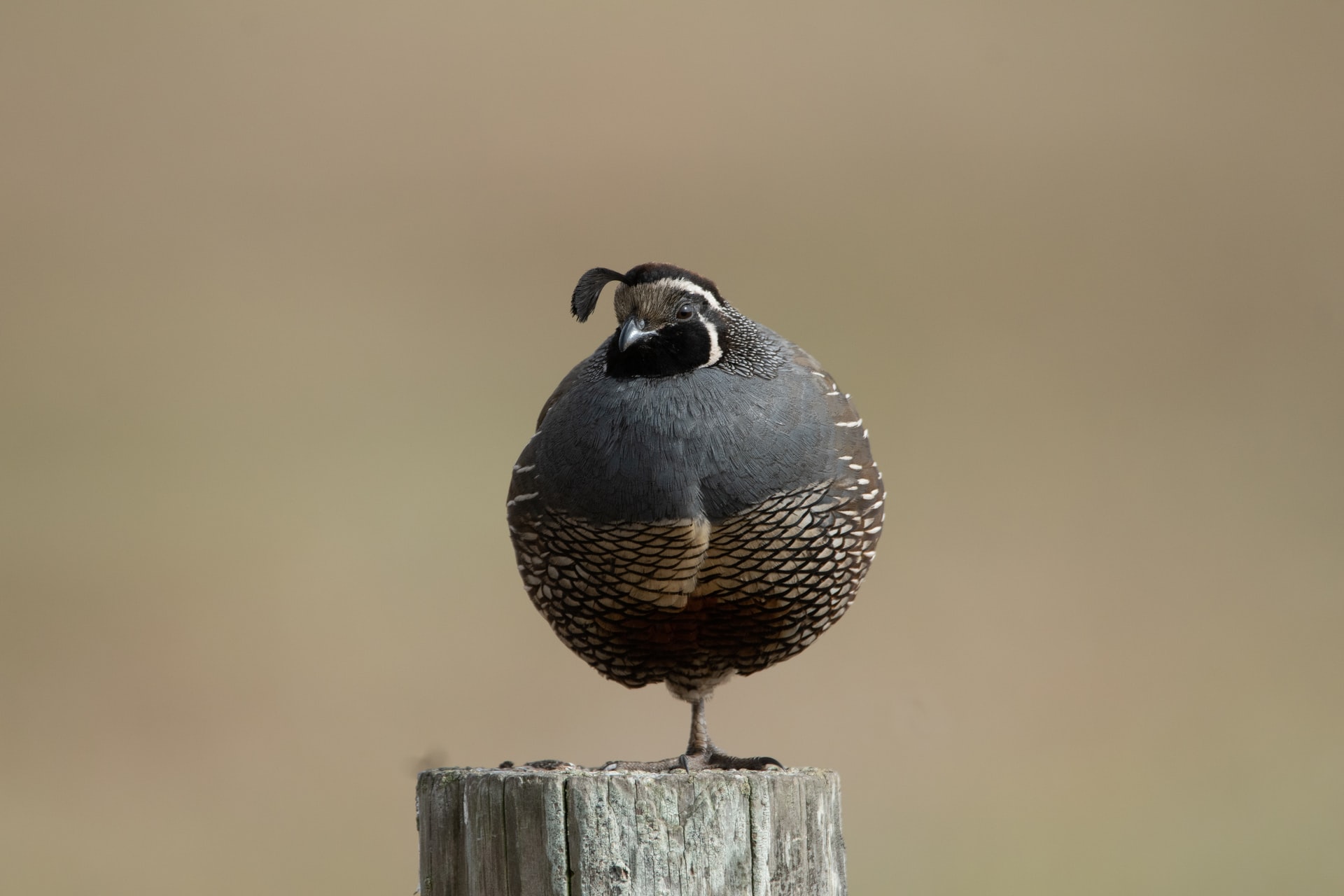 This episode explores the lessons of Menucha and Ta’avah – comfort and the human impulse to undermine it.

I’ve thought about going back to the five faces of Torah for this episode, but I’m just going to manage a few of them this week. I’m also going to flip the order around a bit. The reason will become clear as we step through the reading.

When G-d created man, He ‘yatzar’ or ‘willed’ us into being. It was how our spark of divinity could become a part of our biological being. Human beings can will things into existence as well. But we do it through effort. In Hebrew something which is hard is ‘kashe’. It is also the Torah’s word for ‘hammering’. So, when we want to bring the divine spirit into our world, we hammer. We hammer the golden angels, or Keruvim, above the Aron Kodesh (Holy Ark). We hammer the golden Menorah.

At the beginning of this reading, we hammer something else: silver trumpets.

When these trumpets are blown, the community moves, just as commanded. In a way, we embody G-d’s divinity in a human nation. And that might be why this first move is described in such great detail. There are 23  verses in all. This is clearly no routine operation.

But there is something else that is unique.

The Aron Kodesh, the Holy Ark, doesn’t move in the midst of the people – it travels ahead, to search for a place of Menucha (comfort).

Just before this reading – at the end of Parshat Nasso – Moshe heard a voice from between the Keruvim on the Aron. The last time the Keruvim had a speaking role was as guardians of the Garden of Eden.

Put the two together and it just might be possible that the people were about to enter some kind of Eden.

The people had learned to reflect G-d’s holiness. They had brought those who could not experience the Pesach offering back into the camp. They were whole. And so perhaps they were ready for something beyond our natural expectations.

But it didn’t work out that way.

Instead, in their place of comfort, they were overwhelmed by murmurings and then by ta’avah; the desire to destroy the future for short-term pleasure. They wanted meat.

Like Chava (Eve) in Eden, their very comfort and freedom led them to strike out like bored children.

Even Miriam, one of the great leaders of the people, is consumed by a desire to gain honor at the expense of her brother.

Because of this, the people’s Eden was denied.

Imagine missing such an opportunity. Imagine how stupid you’d feel. Yes, many avoided the worst of the situation as we’ll cover later. Nonetheless, a place of Menucha was turned into a place of burial because the people were not mature enough.

The next reading has the story of the spies. It is only natural that these people, still dwelling in the error of their ways, would see themselves as grasshoppers surrounded by giants.

Today, the promise of that place of Menucha remains. We can still achieve our Eden. But only if, when things are going good, especially when they are going good, we keep building and creating and investing in the timeless.

We can only achieve it, and retain our place of Menucha if we use our comforts to build our relationship to G-d.

One other symbolic note. The Leviim shave all their hair in service of holiness. The Nazir lets their hair grow. One suppresses their individuality (which we’ve seen throughout Chumash), the other encourages it.

The role of the Leviim is to serve as facilitators for others’ holiness. The Nazir is something different.

At our family discussion about the Nazir last week we asked why we are forbidden from eating any grapes but are not forbidden from drinking other alcohol. After all, if Nazir is about expressing his or her full holy self anything that dents that should be forbidden. The alcohol takes away from your self-determination. The consensus we came to was that the Nazir is not simply being a self-directed individual. They are setting themselves apart from the rest of Israel. Grapes were the product that defined Canaan. The Nazir is stepping away from Canaan. He or she was stepping away from the rest of the people. Perhaps, it was argued, the Nazir was trying to take on a G-dly perspective. He or she was trying to understand that which people can not accept – and, ultimately, that is a perspective that is not appropriate for humankind.

A society of law is all about overcoming Ta’avah. We sacrifice our short-term perspective and desires in service of something stable and long-term. Although Ta’avah can take many forms, one is the undermining of laws in service of immediate pleasures or desires – immediate pleasures and desires that often involve violence and slaughter. A society overcome by Ta’avah is a lawless society.

I wrote, and recorded, an article about how this concept can explain the current situation in the Levant. But I also explained how it could be leveraged to create a new Middle East.

It is called: From Abraham to Ahmed, a road to peace.

Have a listen, or a read.

I’m going to end with the inspirational. This is the dvar Torah I’m giving in shul tomorrow, so if you’re going to show up you can just this podcast off now – or stop reading…

At the end of this week’s Torah reading the people desire meat.

They complain about the Ma’an.

Every man cries at the entrance of his tent and Moshe complains to Hashem that he cannot carry the people. The word Ta’avah reoccurs for the first time since Chavah (Eve) ate from the tree.

At the end of the episode, there is a great plague.

Those who suffered from Ta’avah die. But the nation is not hollowed out. Every man does not die. It simply moves on.

In between the complaints and the deaths, the elders, and Eldad and Meidad, experienced nevuah (prophecy).

What prophecy could the elders possibly have seen?

And why doesn’t the Torah describe it?

The beginning of the story of the Ma’an places it as a counterpoint to Egyptian values.

Here, once again, they are overcome by that desire for physical fullness. It is compounded by a desire for destruction in the service of short-term pleasure – that is Ta’avah.

But somehow the prophecy counteracts these desires.

An answer might come from Hashem’s promise to feed the people meat for an entire month.

Hashem delivers a month’s worth of meat, but the people do not eat meat for a month.

They eat for a minute and then the plague strikes.

Hashem promises that Moshe will see the people eat for a month.

But, again, they eat for a minute.

The quail do not fulfill Hashem’s promise.

So perhaps the prophecy does.

Moshe imagines there cannot be enough meat to feed the people. He questions whether there are enough flocks and herds – or fish in the sea – to accomplish Hashem’s promise. But today, in Israel, the average person eats 100 kg of meat per year.

But imagine 2 million – a population comparable to that in the desert.

Today we slaughter enough meat for 2 million people to eat 3,000 calories a day. Each and every day. Year in and year out.

We have so much meat that our population leads the Western world in veganism. Meat is Zarah.

What Moshe sees as a miracle beyond Hashem, we see as entirely mundane.

Perhaps the Torah does not need to describe what the elders see because we can see it for ourselves.

But how would this vision rescue the people?

Well, the Ma’an was there to teach that true satisfaction does not come through physical satisfaction.

Perhaps the elders saw us and realized just how true that was.

The United States is the wealthiest country in the history of humanity and yet it is suffering through a pandemic of depression and suicide.

Israel is a far happier place then the US. Nonetheless prior to the pandemic, 30% of Israelis suffered from moderate or severe depression. 5% suffered from drug or alcohol addiction.

Despite all of our wealth – wealth unimaginable to the Jews in the desert – we have not achieved gratification.

Perhaps the elders, and Eldad and Meidad, saw us and realized that material comfort was not the answer they were seeking. Perhaps they realized that the true source of satisfaction was in growing our relationship to Hashem.

This is, after all, the lesson of the Ma’an.

The elders prophesied at the Ohel, but Eldad and Meidad prophesized in the camp. Moshe saw what they were doing and wished that all the people could share their vision.

And Moshe gathered to the camp, he and the elders of Israel.

It is almost like Moshe joined Eldad and Meidad in prophesying to the people.

When the quail came, some gathered. And some ate.

And those who were overcome by Ta’avah died.

Today, we are G-dlike in our power. We can move mountains. We can define life itself. Humankind slaughters 77 billion animals a year for food. In Western societies, the poor are obese.

We should know that true satisfaction does not come from satisfying our physical desires.

Instead of Savah, we should seek Shabbat.

We should be satisfied when our needs are met and we should dedicate ourselves to the divine cycle of creation and rest.

A few quick notes: The text seems to say “tomorrow” the people will be fed meat for a month, but Shemot 13:14 shows how machar can mean the distant future. In addition, the people are told to sanctify themselves and they will eat. They do not sanctify themselves, so Hashem’s word can’t seem to come true the next day. But we have been sanctified. We have been martyred in service to Hashem.

And so perhaps now we can fulfill this prophecy and this  vision.

Photo by Elisa Stone on Unsplash