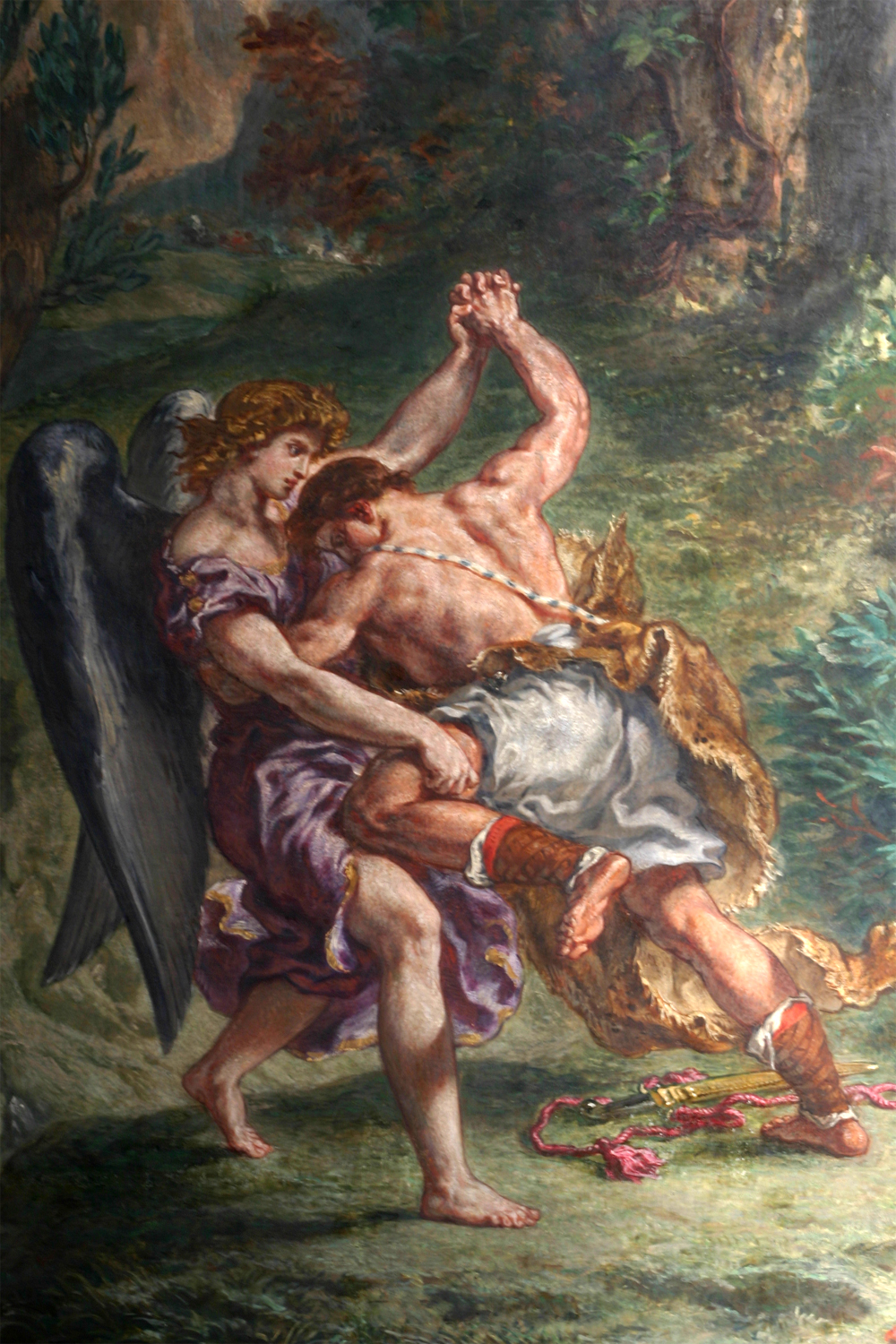 Near the beginning of this reading, the Torah describes Yaakov’s (Jacob’s) battle with the angel. We pour our analysis into this conflict. Yaakov, and by extension we, may be fighting G-d, an angel or even ourselves. The struggle may be metaphysical, spiritual or simply a wrestling match of near epic proportions.

What is clear is that Yaacov prevails. As we read at the end of the passage:

‘Thy name shall be called no more Jacob, but Israel; for thou hast striven with God and with men, and hast prevailed.’

It would seem like this struggle is what defines us. But let me read another quote, from another source. Forgive me if you recognize it.

Obstacles are placed across our path in life, not to be boggled at but to be surmounted. And I was fully determined to surmount these obstacles, having the picture of my father constantly before my mind, who had raised himself by his own efforts… I had a better start, and the possibilities of struggling through were better. At that time my lot in life seemed to me a harsh one; but today I see in it the wise workings of Providence. The Goddess of Fate clutched me in her hands and often threatened to smash me; but the will grew stronger as the obstacles increased, and finally the will triumphed.

This man recognizes the wonder of struggle and he seems to be the parallel of Yitzchak. Of us. But… there is something very different about his struggle. I believe this is why G-d does not recognize Yaakov as Yisrael at this point.

The struggle is necessary but not sufficient.

Later in the reading, Chamor takes Dinah. He humbles her (וַיְעַנֶּהָ) and persecutes her. He rapes her.

His Nefesh, his physical body, is drawn to her. It clings to her. He loves her in this way. He speaks tenderly to her, hoping that love will be requited. But as is so common in Torah, that all-too-human love is a terribly flawed thing. It is not something to be honored.

Chamor is in fact an architype of the men of Might before the Flood. Those who are children of the powerful, who pursued fame and took whatever women they desire. He expects others, his father in this case, to deliver whatever it is he desires.

Chamor is an archetype of those who stand against G-d and he undermines any hope for a divine society.

This is why, when Dinah is taken, the Torah records:

Yaakov heard, because his daughter Dinah was made Tumahֹ

This is the first use of the word Tumah in the Torah. Taken by such a base man, Dinah has been damaged by the experience. Her brothers say she has been treated as a harlot – as somebody who commercializes the holiness of the capability to create the next generation. She was not a harlot, but she was treated like one. And whether or not the men of that society deserved death, they bore responsibility for those who ruled them.

When Shimon and Levi attacked, two young teenagers seemingly empowered by a divine strength, they were rejecting the values of Chamor and the values of his City.

But Shimon and Levi’s assault was a resistance to a negative. It was a fight against something.

It is not enough to have G-d Himself recognize Yaakov as Yisrael.

We must fight for something.

When Yaakov arrives at Bet-El, he builds an altar – as commanded by G-d. But it triggers nothing. Then a seemingly meaningless event occurs: Devorah, who had never been heard from before, dies. She is buried below the House of G-d, under the oak which is called Alon Bachot, the Oak of Crying.

Devorah is an insubstantial person. A nursemaid of an already deceased woman. A woman who seemingly had no role for over a hundred years. And yet Yaakov lifts her up. He buries her prominently, in a place of G-d.

And he and his family wail in mourning.

It is then, in the very next pasuk, that Hashem appears to Yaakov and says: “Thy name is Jacob: thy name shall not be called any more Jacob, but Israel shall be thy name’”

We celebrate Devorah as the nursemaid of Rivka (Rebecca). Rivka gave so willingly to a stranger and was the first person – one of only two people – to initiate a conversation with Hashem. Rivka was an Eishet Chayil (from that same root as the Alon or the Oak tree).

But, Rivka was raised in the house of Bethuel and Lavan. It is more than likely that Devorah, her nursemaid, played some role in making Rebecca what she became.

When Devorah is buried in this way, Yaakov is recognizing and honoring a paragon of G-dliness, despite her lowly position and her lack of prominence.

We, Israel, are the nation that toss aside the measurable. The strong. The powerful. The seemingly superior. This is we must not celebrate our own power and strength. Instead, we dedicate our will, to lift up the beautiful and the caring and the caretakers of the divine.

We are willful, in the service of the Good and Holy.

But we do not earn our name, the name of Israel, without a purpose higher than struggle itself.

Our enemies may struggle and they may be powerful. But that does not make them great.

No, true greatness, the greatest of Devorah and the greatness Yaakov (eventually) learns to embrace, come from dedicating our will to lifting up those around us and celebrating the G-dly.

It comes from us hearing the still, silent voice of Hashem and sharing it with the world.