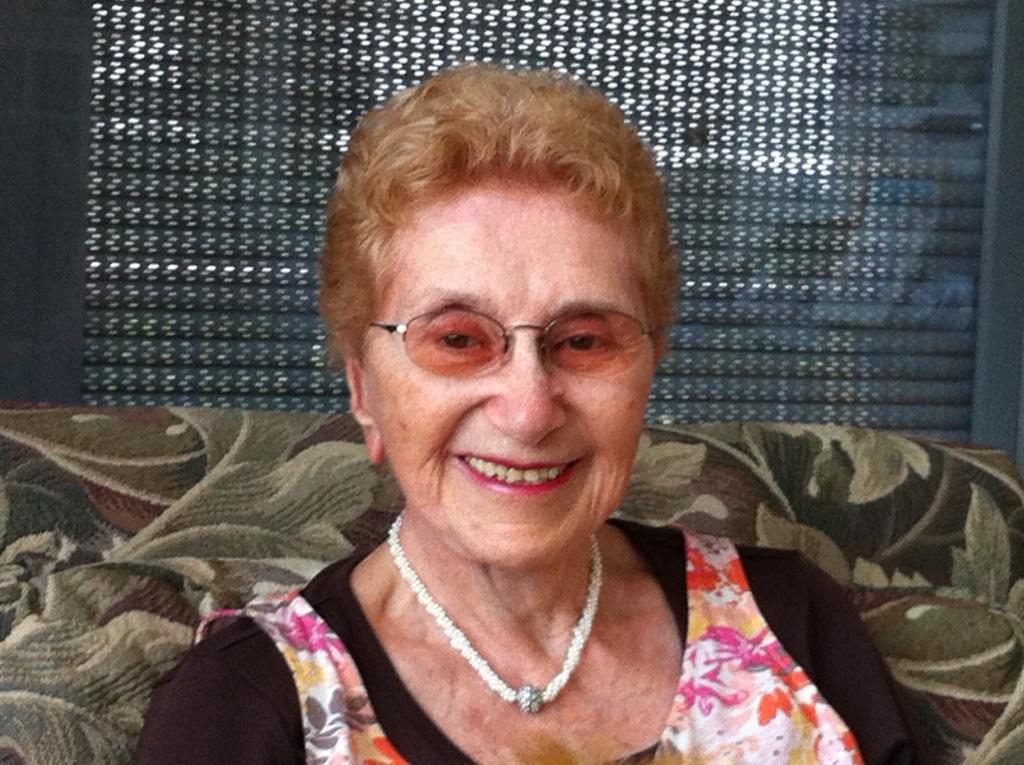 Debi was born in 1929. Her father was a chemist. He died of cancer when she was only six years old. Her mother relocated from the New York area to St. Paul, Minnesota to be with family. She worked in factories and in offices – doing what she could to keep her family afloat. Debi Ness was brought up there, in Minnesota. But it was never really her home. She hated the cold, yes. But she also knew that something else was missing. There was a vast hole in her life; the absence of her father only reinforced its scale.

The gap she felt could only be filled by a connection with Hashem, Judaism and Israel.

In her early 20s, Debi married a Rabbi, Jewish Educator, and CPA, Levi Ness. A man who taught Torah with a verve and excitement that swept his students along. He swept her along as well. Shortly after they were married, they moved to Brooklyn. They moved again and again as school jobs popped up (ask Mark Shinar about this). She seemed to have a new child in each place. Both decided the next step was to make Aliyah. How? Levi was to stay behind for a few years to support the move financially while Debi traveled by boat to Israel with her four young children. She was going to what she always viewed as her true home. Unfortunately, after three and a half years, she and the children ended up returning to the US. Years later, when our own Miriam Litt was only eight years old, Debi and her husband divorced.  Independent and self-sufficient, Debi worked, gave sound advice and enjoyed the time she spent with family.. She spent the last 20 years of her life living on her own, mostly in Florida. There she volunteered in the neonatal unit in a local hospital, created beautiful pottery and made her condo a lovely place for her children to come visit. She, in turn, visited her children and grandchildren every year.

I believe Debi spent her life trying to connect the past (her own severed past) to the future. She faced the uncertainty – the constant movement and the loss of her father – by acting in direct opposition to the reality she faced. Where her world seemed chaotic, she was completely reliable. Where it seemed unjust, she embraced righteousness. Where it seemed unreliable, she embraced complete integrity. She was a Holy counterpoint to the vagaries of life. Debi’s was not a life of random passions. She was a creature of habit. A force for calm in the storm that surrounded her.

And her anchor was Hakadosh Baruch Hu.

With the avot – Avraham and Yitzchak – you see G-d granting material success. These men had challenges, but they (for the most part) face challenges issued by G-d: leave your family, sacrifice your son, sustain your guests. They did not suffer from the seemingly random events that can overwhelm a life. But Yaacov was different. He faced tremendous uncertainty. Displacement. Hardship. Endless labor. Yes, Yaacov was a revolutionary who seemed to create many of his own problems. But his world was not stable. He could not even rely on his own father’s love. As he grew older, the chaos continued. His wives and his sons even seemed to be trying to kill one another.

Yaacov did not react as Debi did – with stability and steadfastness. At least not at first. But as the years passed, he began to embrace those traits. He condemned his sons for their backstabbing (literally) of Shechem. He wrestled with his G-d and he learned to embrace steadfastness. It is no coincidence that he earned our name as he came to his peace. We are Israel.  We fight with G-d, but in the face of persecution and of slaughter we pronounce: Ani Meamin. I believe.

In the face of hardship and uncertainty, we rise to the occasion. We react to challenge with integrity, deceit with faithfulness and fear with courage.

The young Yaacov did not resemble Debi; but Yisrael did and does.

The opening conversation in this week’s Torah portion shows Yaacov floating through his past. Debi also suffered from dementia. At the very end of his life, Yaacov managed, in his way, to bless his children. Even more critically, he showed them a prophetic future. He drifted forward in time and brought his children there. Debi did the same. When she was still cogent, Debi Ness blessed her children – as Yaacov had done. Her blessing – her command – was three-fold:

Debi and her husband named her eldest son ‘Amen’. He was to be an echo. He was to fill the absences of her past with a voice that would carry forward into the future.

An only child, she was blessed with four children, sixteen grandchildren and, to date, five great grandchildren.

All too often we want to be agents of change. We want to alter the world and to transform it. Debi’s goals were more modest: she wanted to carry her people forward. While her goals were modest, her impact was not. Her four children: Amen, Baruch, Tova and Miriam – are carrying her legacy forward. They are carrying forward the torch of our people.

Debi Ness wrestled the chaos of the world in the most fundamental of ways.