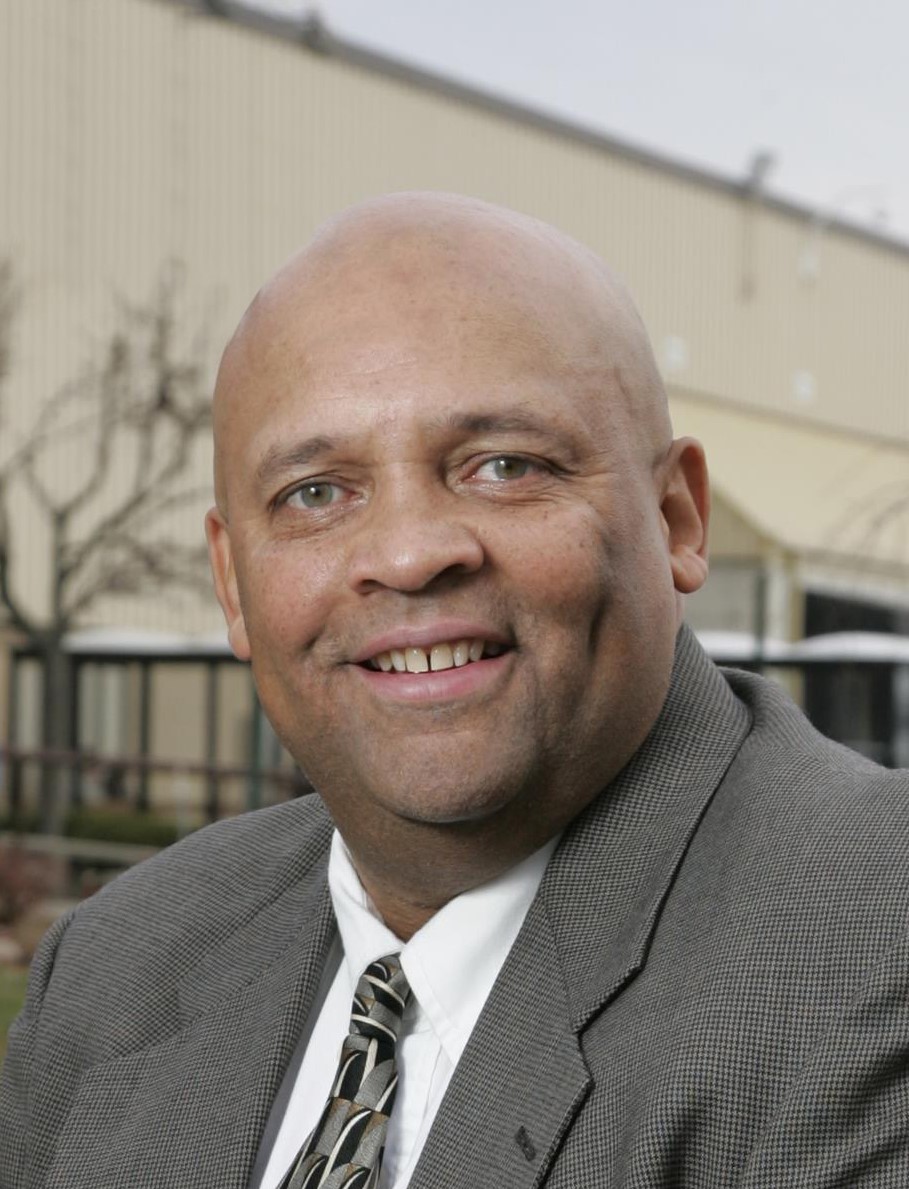 This is a profile of a man I know, but not a member of my Jewish community. It is also a dvar Torah. Enjoy!

I met Jack because of a helicopter landing pad.

For years, Jack had had a successful career with a major Japanese auto manufacturer. At one point, as Head of Quality for North America, he had 18,000 reports. After working for the car side of the company, he moved on to their aerospace division – first overseeing quality for the manufacture of aircraft and then concentrating on jet engines. Everything was going well for him.

And then, less than two years ago, his wife suddenly passed away.

Kelli had been carried from him by helicopter, in a desperate attempt to save her life. Jack worked at the airport. Every day, he’d see that helicopter’s door pad and he’d be reminded of what he’d lost. It wasn’t long before he decided he couldn’t simply continue.

He literally flipped a coin to choose between his daughters. Then he moved near his daughter in Maryland. He abandoned his career. He thought maybe he’d drive the van for his daughter’s track and field team. Anything to keep busy.

But Jack isn’t the kind of man to stop. And so, only a few months later, he sat across a Zoom connection from my company’s management team. We were opening a manufacturing facility and we needed a manager. We hired him on the spot.

And he is a man who has flourished despite it all.

When Jack was only five weeks old, his father was killed. His family, his mother and five sisters, lived in abject poverty in a 2-bedroom house of less than 750 square feet. A cousin moved in to help out with the family, bringing the total occupants of that tiny home to eight people. The house lacked any IKEA innovations. There were just pads on the floor. As a child, Jack didn’t understand how poor he was. He isn’t an old man, but he attended segregated schools until the second grade. Everybody he knew was just like him. It wasn’t until he went to a desegregated school that he realized his own poverty.

As a child, and as a young man, Jack lost a number of his friends to violence – and to simple tragedy. When he was in the fourth grade, a group of his friends were playing at at a department store. Something went wrong and one of his closest friends – a boy he remembers being full of potential – was crushed by the elevator. Jack remembered him screaming for an hour and a half as the police tried to save him. Of course, death wasn’t the only thing that took those he respected. Others were lost to crime and to long prison sentences.

Most of Jack’s friends weren’t lost. But in a way, they were never found. They never realized their potential. They got a decent job at the local sweatshirt factory (in what used to be the sweatshirt capital of world). Then they just stopped. They were comfortable. At least until the factory closed some 10 years later. As Jack puts it: those jobs provided an existence, but not a life.

When Jack was nine one of his favorite toys was an old wooden door (I can hardly understand having a door as a toy). It wasn’t connected to anything. It was just a door. One time, his mother brought it to the park and leaned it up against a tree. He asked her what she was doing. She answered: “Here’s the door, if you’re willing to open it, there’s a whole world on the other side.”

Then she ‘opened’ it and there was a beautiful Appalachian vista. That day, she made Jack promise not to drink or smoke. And she made him promise that he would step through the door.

Just after our interview, I began to review this week’s Torah reading and I was struck by one of the opening commandments – one I’ve never really come to grips with. The commandment refers to the slave who wants to remain a slave. In a very odd law, they are to have a nail driven through their ear and into the family’s doorpost.

When it comes time to understanding what is possible in our lives, nothing is more powerful than what we hear. I understood the slave was somehow attaching themselves to the family. But Jack helped me understand what was really going on.

The person who consigns themselves to a life of slavery is one who promises never to walk through that door – not in a symbolic sense. They limit their ambition, what they will ‘hear’ to what is within the house.

Jack always liked things to be done correctly. He has a deeply ingrained sense of justice. In High School, through his coach’s basketball training, Jack began to appreciate the power of process. Footwork – specifically the first step with the left foot – could determine the success of everything that followed. With that example in his mind, Jack began to dedicate himself to process. His own process came first. His first step was to be the first in his family to go to college. He majored in mechanical engineering. Then came graduate school – an MBA in Finance and Marketing. And then a career dedicated to process, quality assurance.

His was a career dedicated to the idea that if you embrace proper process, the right things will happen.

Jack was tremendously successful. But his process didn’t stop with cars and aircraft. Jack applied it to his own life. There was a process to recognizing and embracing those around him. He desired, more than anything, to bring joy and love to others. Whether through products or a simple smile, this drove him. It drove him to a multi-faceted success.

Yes, he’d paid a price through his earlier dedication to process. Yes, he hadn’t ‘lived’ as he pushed himself through college and graduate school and his early career. But he was finally living. He was spending time with his family. His career was exciting and engaging. All cylinders were firing perfectly. The process was working.

And then he lost his wife.

Only a few months later, he lost one of his sisters (who I briefly profiled in an earlier writeup).

Everything seemed to be falling apart.

When Jack was 11, he experienced true prayer for the first time. Sure, he’d been in church services. But he’d never felt the presence of G-d at them. When he was 11, his mother was having a hard time coming up with the money necessary to feed her children. It was the first time Jack had every seen her cry. She called the whole family into their small living room. She had them hold hands and she had them pray. It was then that he felt the presence of G-d. And the family got the blessings they needed.

In the aftermath of his wife’s death, Jack felt that same Presence. He’d found peace and then it was taken away. But he understood that he could get caught up in despair or… or he could desperately try to learn from his experience and then try to grow and rebuild.

When Jack left his career and moved to be with his daughter, he’d had no community. The churches were all closed due to Covid. He heard about our open position. He interviewed. And he gained a community, of sorts. You see, Jack is invited, every week, to my brother’s Shabbat table. My brother appreciates his deep wisdom and Jack appreciates a family in which the father’s relationship is not defined by violence; he had literally never encountered that before. Sure, the family sings Zmirot Jack can’t understand, but he can feel them nonetheless. He harmonizes without words. He sees, despite the gap in faiths, the similarity in their relationship with G-d. And he welcomes the comfort and the peace of the Shabbat table.

It is no replacement for what he has lost, but Jack has nonetheless found some of the comfort that he has always lacked.

At Honda, some would make fun of Jack’s outreach. They’d suggest it was fake or insincere. But Jack did what Jack does. As he told me, at some level, you have to ignore society.

For Jack, that is the definition of freedom.

This week’s Torah reading is Parshat Mishpatim. As with so many of my profiles, Jack’s story is tightly welded to this reading. As I cover in my long-form analysis, Mishpatim is about process. It is about the process of building a society – a society that starts with facing adversity, stepping through the door and then building and building until a truly blessed relationship with the Almighty is achieved.

Jack is a man of process. A man who has faced adversity and stepped the through the door. Just as with this reading, the early steps were not filled with joy. They were defined by murder and violence and theft. They were defined but what had to be overcome and what had to be built. But gradually, bit by bit, both Jack and Torah reading have stepped into a reality of joy and connection with the timeless Creator.

When we face our challenges we must remember there is a road we can follow. We may not understand what we see. We may not be able to accept it.

But if we walk it, we can draw ever closer to G-d.

If we walk the path of G-d, we can overcome our reality.

We can make ourselves – and those we love and even those we have lost – part of something greater.

And we can dine – as we see at the end of the reading – in the presence of the Lord.

If you want to understand how I came to write these profiles, please check out my autobiography, A Multi Colored Coat. Also, check out my story from this week (a few years ago). It ties nicely into both this profile and my dvar Torah.