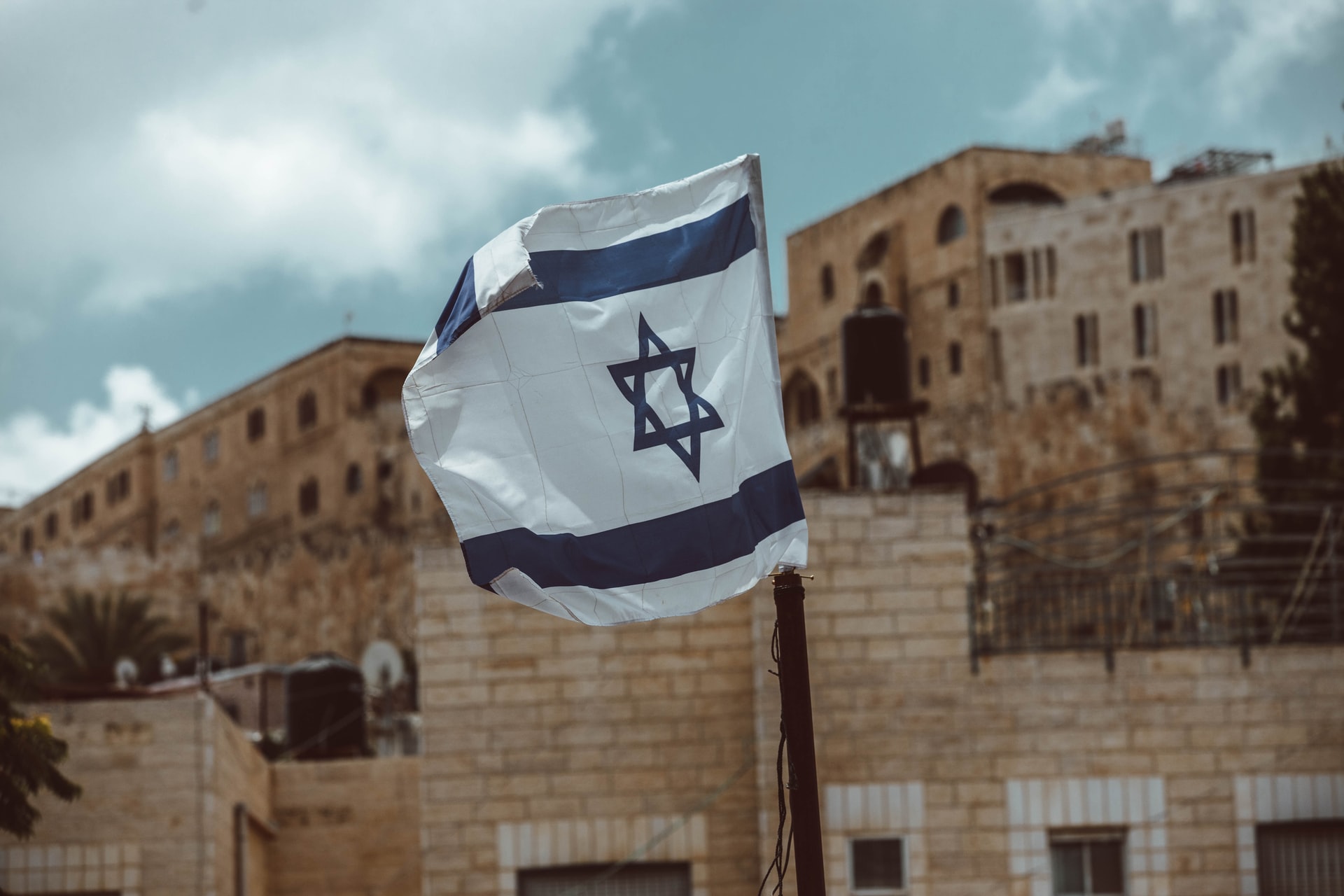 Welcome back to the Joseph Cox show.

I’m going to start with a speech I had the honor to deliver at my synagogue – my first live speech in quite a while. For those reading this, I’ve recorded it and for those listening, I’ve written it down.

I will discuss some other aspects of the Parsha after the speech.

In Berachot, the Gemara says that Tzarat in Bavel was an affliction of love, while in Israel it was not.

If you grew up imagining that Tzarat (which we translate as leprosy) was some miracle affliction that only struck in the Ancient land of Israel, the Gemara clearly dispels that notion.

People suffered from Tzarat in Chutz LaAretz (outside of Israel), long after we were exiled from this land.

In a physical sense, this reinforces the possibility that Tzarat was a class of fungal infections.

Like other fungal infections, it could strike people, clothes and buildings almost indiscriminately.

It was, in other words, entirely natural.

At least, it was entirely natural outside the land of Israel.

Here, it became something else entirely.

Here, what was natural and normal acquired meaning and purpose.

When we look at the Tzarat that strikes people, there seems to be a remarkable paradox built into the disease.

if you are covered, head to toe, in white – then you are pure.

Then, as soon as a patch of healthy skin reappears, you are Tamei – or impure.

How is a disease of impurity that strikes your entire body somehow pure?

The answer is simple: Tzarat itself is not impure.

Tzarat – before it spreads to the head, beard or clothes – is consistently associated with the color white.

In these parshiot, that color is identified as the color of purity.

Instead of being a disease or an impurity, perhaps Tzarat is exactly the opposite.

Perhaps Tzarat is a spot of purity.

Perhaps it is a spot of contrast.

Perhaps this is why the Tzarat itself is not called impure. Instead, the person is.

The person is impure because he or she is being held up against a higher example – and is found to be wanting.

This is why they are pure if they are completely covered in Tzarat.

There is no contrast then, there is only purity.

There is something else that is remarkable about Tzarat.

It is called a nega.

We translate the word as a ‘disease’.

But its first uses in Chumash (the Five Books of Moses) have a much simpler meaning.

It means to touch.

Chava tells the snake that she cannot touch the fruit.

Avimelech tells his people that they cannot touch Sarah.

Read this way, the nega of Tzarat is the touch of Hashem.

Through a simple contrast, between the pure and the rest of our bodies, Hashem is reminding us of who and what we could be.

In Chutz Laaretz, Tzarat is a fungal infection.

Here and only here, it is also the touch of G-d.

What had simply been a cause of suffering outside the land becomes a message from Hashem and a reminder of our higher purpose.

Outside the land, war and terror are just that – horrible things that happen. Sufferings that our people, and others, endure.

Our suffering in exile may have been punishment, but there seemed little for us to learn from our travails.

After all, what did Hashem want us to do differently when we were fleeing England, Spain, France or Germany?

How were we supposed to change our actions?

Perhaps our suffering was only a demonstration of our own powerlessness rather than a guide towards something greater.

But here? Here it is different. Here we must make it something different.

With every loss, with every soldier struck down in battle or killed in training – with every man, woman or child stabbed in a terrorist attack – there is a lesson.

A lesson we can learn from.

A lesson that can guide us along a better road.

When our brothers, sons and mothers are struck down, our nation is struck by a nega.

And those martyrs who have given up their lives appear, on our national flesh, as a spot of purity.

A spot of contrast.

A spot that shows us what we could be.

Perhaps this year, this is even more true.

The world has been struck by a plague. Outside our land, it is simply something that is happening.

It is a coronavirus.

It must show us a spot of purity.

That spot is not just the 112 soldiers and 5 civilians who have given everything for our people this year.

It is not just the thousands who have died from the disease.

It is not just the families who survive them.

No, it is – particularly – the tens of thousands who have dedicated their past year to service.

Our own community has seen the overwhelming efforts of doctors, nurses, and donors and distributors of tzedakah (charity).

They shine, as an example, to the nation.

When the sufferer of Tzarat ends their period of impurity, two birds are taken.

One is killed and the other is dipped in its blood – and then let loose to fly free.

As we stand here today, living and free, the message is clear.

But the blood of that other bird remains upon us.

It is a reminder, a constant reminder, of the touch of Hashem.

Yes, we are blessed with the Presence of Hashem.

But as Nadav and Avihu and the sufferers of Tzarat and those have lost their lives can tell us, that blessing comes with a responsibility.

It comes with the responsibility to rise up and to live out the full potential of our lives – as individuals, as a community and as a nation.

It comes with the responsibility to rise up as Hashem’s people.

We are about to transition from a day of mourning to a day of joy.

We are, G-d willing, about to transition from a year of plague to a year without plague.

We are about to fly free.

As we do so we must remember:

We are not simply celebrating freedom itself.

No, we are celebrating an opportunity.

An opportunity to connect – as individuals, as a community and as a nation – with the presence of HaKadosh Baruch Hu (the Holy One Blessed is He).

We are about to sing Hatikva – a song of hope.

Hope is not simply safety or health or wealth.

Our hope, in this land, is the opportunity to be at one with our G-d.

For millennia, our people have prayed for the opportunity we now enjoy.

It is up to us, as we celebrate our State, to take that opportunity, on behalf of the untold millions who have suffered and died only dreaming of it.

Let’s start with the basics.

First, those who suffer from Tzarat are isolated. They are surrounded by others like them.

If everybody around them is Tamei, who are they speaking to?

They can only be speaking to themselves and to Hashem.

Only one part of the Mishkan is stone: the Luchot – the Tablets of Stone

We still have ancient stone buildings all around us in the land of Israel.

A man, or woman, with a stone house might imagine themselves more permanent, and greater, than they actually are.

Third, to be cleansed you must seek out a Kohen.

You can’t diagnose yourself.

You are forced to rely on a higher authority (almost like Hebrew National).

Fourth, as part of the purification process their hair is shaved and their ears, thumbs and big toes are dipped in blood and oil.

These are the processes by which the individuality of Leviim and Kohanim are reduced and their service to G-d is reinforced.

Finally, in addition to all the normal restorative elements, birds are brought at the end of the process.

Birds are the korbanot (the offerings) of the poor and the humble.

If you combine these elements, a picture emerges.

Those with Tzarat are proud. Excessively proud.

And they are brought low.

With Tzarat, they are brought low, reminded of their limitations and forced to seek out a higher authority.

And through this, they are cleansed.

They were Tamei because they suffered from exposure to a loss of potential.

And they are cleansed, their potential is unlocked, because they have learned to accept their own limitations.

They have learned to respect Hashem.

Tzarat is a part of this. In the presence of Hashem hubris – which can manifest in many ways including Lashon Hara – is a special kind of sin.

Finally, at the beginning of the reading of Metzora we learn about a woman’s period of impurity after giving birth. In fact, in a foreshadowing of Tzarat itself, her blood is called the blood of purity – not impurity. A woman who has given birth has engaged in such an act of both creation and holiness that she is falling away from great holiness.

Her trajectory is moving away from holiness, even though she is in a state of great holiness.

Hers is the blood of purity.

It is yet another reminder that where we are going matters more than where we have been.

May you have a wonderful Shabbat and – if you’re listening to this on Yom Haazmaut – a blessed Israeli independence day.

Thank you for listening.

Image from Taylor Brandon at Unsplash