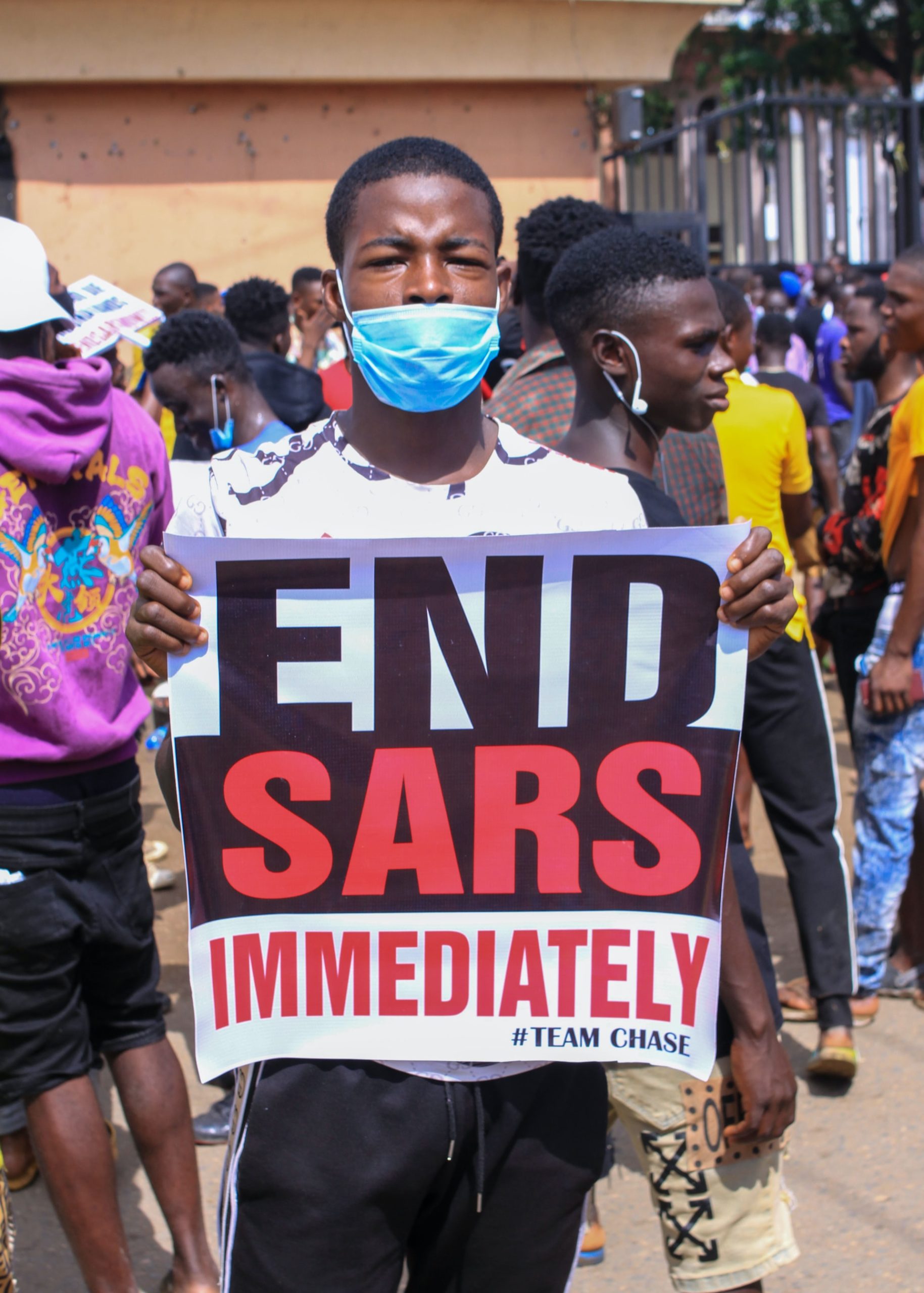 As we read the story of Noach this week, there is a relevant news story that might not have caught your attention.

In Nigeria, a country of 200 million people, there are massive protests. They started off as protests against a particularly brutal and lawless police force, called SARS – the Special Anti-Robbery Squad. The squad was officially disbanded, but the pubic wants more. The protests have continued, calling for a variety of things from punishment for former officers to the elimination of corruption in government. The police have recently gunned down protestors in the street.

Nigeria is relevant because the country has a reputation for intense corruption. Not just corruption of the ruling elite, but a society that is fueled by it. From stealing oil from pipelines to running ‘Nigerian scams’ online, Nigeria has a chaotic, almost pre-Noahide, society.

In this environment, massive protests against corruption have almost no chance of success. If the current powers that be are toppled, whoever comes next is unlikely to be much cleaner.

This is not to say that Nigerian society is entirely corrupt. It is just deeply corrupted. I’m sure, in many ways, you have to be corrupt to get by. It is in this sort of environment that those offering law – particularly harsh interpretations of Islamic law – flourish. 49% of Nigerian Muslims support Al-Qaeda – the highest rate of any country in the world. In a way, I imagine this sort of law is seen as a sort of flood – it cleanses deep corruption. But it comes at a steep price.

The concept of growing lawlessness is not exclusive to Nigeria. It is a constant challenge, everywhere. Ultimately, if everything is weighed in terms of personal benefit, the importance of the law itself recedes. Corruption is almost inevitable.

The question, the relevant question, is: how do you deal with this sort of corruption?

This is where the story of Noach can help.

Cain murdered his sibling. This is an interesting crime because there is no aggrieved party to seek punishment. Hevel had no family to seek revenge. Their parents probably didn’t want to see their other son die (Seth hadn’t been born yet). In a way, this is similar to the situation of an Nigerian scammer online: where the aggrieved party cannot possibly take revenge. It is a victimless crime, it is a crime in which the victim has no advocate.

When G-d protects Cain, we see the beginnings of the decline of society.

His descendent Lamech kills Cain, and nothing happens. What follows is a cycle of anti-social behavior. Lamech’s son Yavel (which means passively acquire) goes into the cattle business, separating himself from broader society. His younger brother Yuval (a passive form of the same passive word) goes into the prostitution and entertainment business (‘flute and harp’). And then Tuval Cain (a very aggressive acquirer) goes into the business of facilitating violence.

Before long, the sons of the powerful (who haven’t even seized power for themselves) are running everything. Then, the flood is the only answer.

To me, the lesson is clear. Crime demands punishment, especially when the victim has no advocate. Otherwise the path can lead to a reality of complete corruption.

In the 1990s, New York was famous for its broken windows policy. They dealt with the little crimes and the effect flowed upwards. Perhaps that is the way out for a place like Nigeria – or anyplace else dancing with complete corruption. Punish the little crimes, the crimes in which the victim cannot or will not seek redress. A window washer won’t be charged by the driver of a car. When you punish, don’t do it with a vigilante mob, but with procedures and controls and protections for the accused.

These don’t have to be *government* rules – they can be the rules of a community with the ultimate punishment being exclusion.

If you make the law rule on the little things, when no victim will enforce it, then its effects will flow upwards – cleansing as it rises.

Then, when the government of a place like Nigeria or Lebanon is swept aside, there will be a civil society – a functioning, non-corrupt civil society – will be ready to take its place.

What does that mean for us? In our, far less corrupt world, we may condemn corruption at the top, but it can truly only be combatted at the bottom. If we demand honesty in our relationships then that too can spread and the excuse (or reality) that you need to ‘work the system’ because the system is unfair, can fall away.