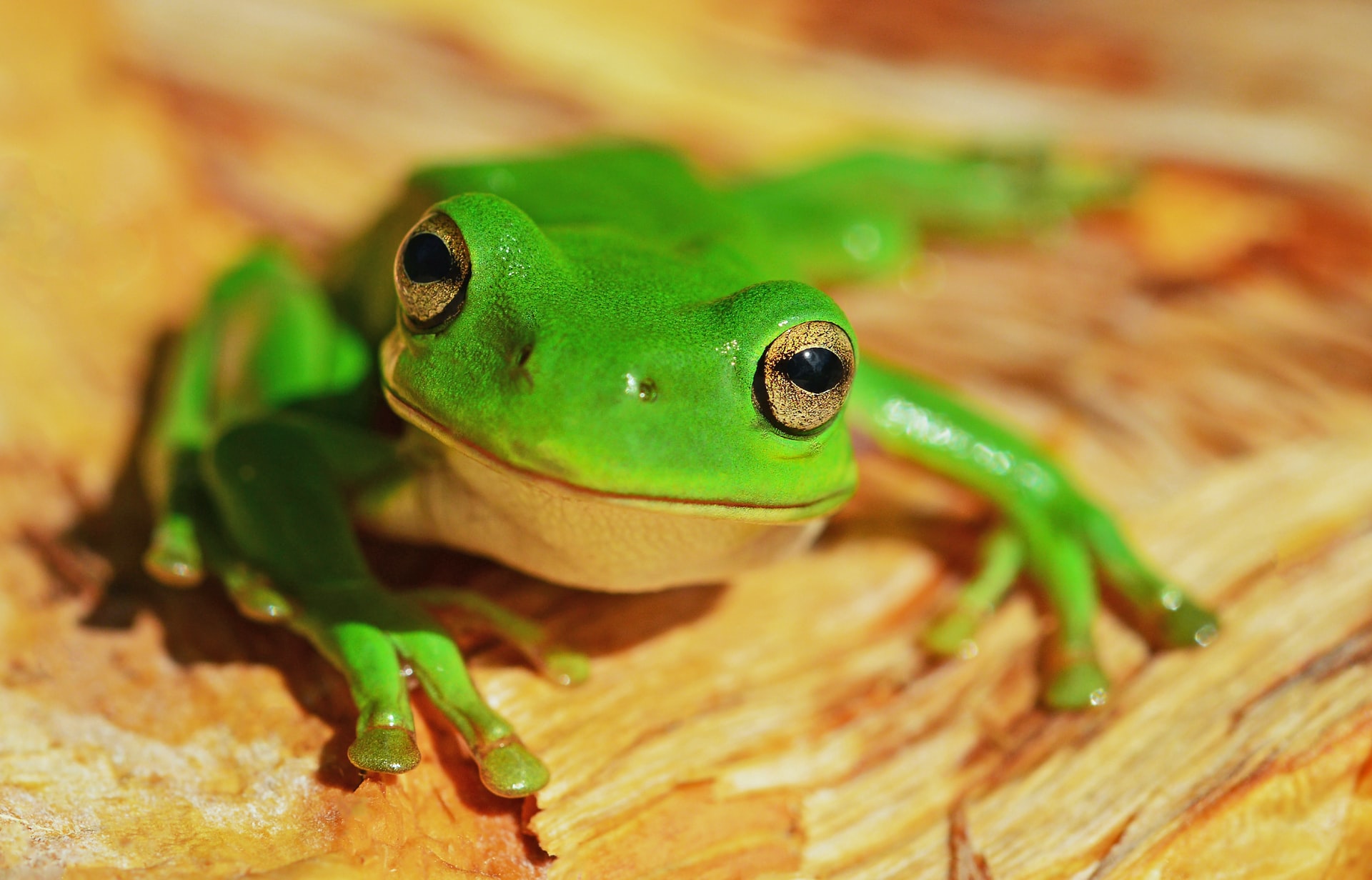 Why do we see the plagues we see in the order we see them?

On a very basic level G-d is demonstrating power in space and time. The plagues start in the river – below. They transition to frogs or crocodiles who come out of the river. Then some lice from the dust of the ground. Then Arov – we’ll get into that – from just above the ground. Then a plague from the Hand of G-d within the animals. Literally the same level as we live in. And then ash cast to heaven falls back to create boils and finally we have hail from heaven.

These seven plagues define G-d as controlling the world from the waters below to the waters above. This is G-d’s power in space.

The last three are represent death in time. The locusts are driven by a Ruach Kadiim – which can literally be a ‘preceding spirit’. It destroys the already planted crops. It destroys the life from the past. The darkness is the experience of death in the present. We cannot move. We cannot see. It is as if we are dead, now. Finally, the killing of the firstborn represents the death of the future.

These three plagues show the power of G-d over time.

But why these plagues? I’m going to be borrowing heavily from Wikipedia on my Egyptian god references for this. Apologies if I get it wrong. Note that Egypt didn’t have a clean breakdown of gods. They were many layered and had overlapping histories and powers and domains. This is because they developed over thousands of years with different cities and places raising up different versions. So a single plague can refer to multiple gods without any inconsistency – in fact, it can be reinforcing a network of messages.

Okay… with the first plague, the Nile turns to blood.

Khnum was one of the earliest Egyptian deities. He was originally the god of the source of the Nile. Since the annual flooding of the Nile brought with it silt and clay, and its water brought life to its surroundings, Khnum was thought to bethe creator of the bodies of human children. By turning the water to blood, Hashem is not only establishing the baseline of his power, he is killing a central Egyptian G-d. Notably, he is killing the god who crafts children. This is a foreshadowing of what is to come. But it is more than a foreshadowing – it is a poetic retribution for throwing Jewish children in the river.

The second plague seems to involve either frogs or crocodiles depending on the translation. ‘Tzefardea’ seems like a mash up of two words: Tzipor and Deah. Bird and Knowledge. It is an odd word to describe a creature that lives in the river but can come up on land. Let’s start with the frog/crocodile approach.

Interestingly, there is a pair of gods this plague could be referring to. Sobek was a god represented as a crocodile. He was invoked as a protector against the dangers presented by the Nile. The blood of the Nile was a threat, Sobek could protect you from it – but not if he was attacking you. He also represented Pharaonic power. He is the casualty of this plague.

But he is not alone. There is another more relevant G-d: Heqet. Heqet was represented by a frog. The frog was an ancient symbol of fertility. Her priestesses were midwives.

So, we have two layers of retribution – blood of the river for the drowning and attack of the midwife god for killing during childbirth.

At least according to one tradition, Heqet and Khnum – gods of the first two plagues, had a child: Horus the Elder. He was a Falcon. His left eye represented the sun and his right the moon (or maybe the other way around). His speckled feathers formed the stars and his wings created wind. Pharaoh was seen as a manifestation of Horus the Elder.

Turning the frog against Pharaoh’s own people and house represented a betrayal of Pharaoh by his own mother. Where Moshe was rescued by his human mother, Pharaoh is betrayed by his divine mother.

What about that bird knowledge, though? This is where it gets funky. The Egyptian god of knowledge was Thoth. He was an Ibis – a bird that lived in the marshes. He was associated with justice – he was also responsible for recording whether a soul merited the afterlife. Finally, he guided the other deities. He was Tzefardea. If he turned on you and your houses you were unjust, unworthy of the afterlife and about to be targeted by all the other gods.

Which is right? The protection from the Nile? the mother god? The midwife god? The god of knowledge and justice? I think the text is vague for a reason – all can be true. What matters is the Egyptian experience.

The third plague is the Kinim. Kinim can also mean ‘foundation’ or ‘base.’ A possible Egyptian god connection is the god Atum (familiar word, ‘eh), who is seen as the creator god of which all the underlying substance of the world is created. He either sits on the mound that rises from the waters, or is the mound itself. He is the substance of the world and a most fundamental god. All the other gods so far come from him.

He is the first diety.

The third plague is the greatest divine challenge. Perhaps that is why, with this third plague, the Egyptian magicians see the hand of god. They could manipulate Khnum and Heqet and Sobek and Thoth. Manipulating the foundation material of Atum was another matter altogether. No pun intended.

I think the fourth plague – of Arov – is the last of Egyptian god plagues. Here the reference is to the diming of hope. Arov is translated in different ways, the two most popular being wild animals and flies. Quite a distinction. It literally means ‘twilight’. Erev is evening. It is a time in between, but specifically one of darkening.

The arov will not only fill the houses, they’ll fill the ground they are upon. This suggests not flies, but something that covers the earth, everywhere.

The imagery ties beautifully into one last Egyptian god. Khepri.

Khepri was the god of sunrise. Khepri was represented by the Scarab Beetle. The scarab pushed the sun into the morning sky. As anybody who has seen scary Egyptian-related movies (see the Mummy) can testify swarming scarabs cover the ground in quite a frightening way. In lieu of a definitive translation, I’ll translate Arov as ‘scarab’.

The fifth plague is also mysterious. It is called dever – or just ‘thing.’ Unlike the lice, this was defined as the hand of G-d in the Torah itself. The Hand of G-d was within the animals.

The true power of Hashem isn’t in the dust, which the Egyptians imagined, but in life itself.

This plague, of course, represents Hashem’s power on our plane.

Then we have the furnace soot thrown to heaven to produce boils when it came back down. The rising of location fits, but the soot part is definitely odd. Why use soot as the starter for this plague? Everything in a furnace burns, what’s left behind is the soot. The soot has no more energy to give. It is spent. And, yet, Hashem gives it power. When it lands, it creates boils. Almost like it burns again.

We can see another pattern here, Hashem transforms the water, makes various life forms multiply and brings disease. This is the first plague in which he creates something from almost nothing. He reverses the order of things.

Together with the fire hail, this represents a near impossibility.

Finally, this cycle of power over place ends with the hail. The hail is not simply hail, of course. It is a divine hail with near-impossible attributes. There is fire within the ice.

I covered the last three plagues at the beginning. They represent the cycle of time.

Nonetheless, there is some funkiness here too. The eighth plague is locusts. The god of crops was Min, also the god of the Eastern desert. The locusts come from Ruach Kadima – also translated as an eastern wind. Another god is being undermined. This god is represented with a massive phallus – suggesting the future although it represents the past in this pattern.

The ninth is darkness. Nephthys was a god of darkness. She was also a protector of Pharoah. She symbolized the experience of death – thus the darkness was like death in the present tense.

The final plague is the destruction of the future. Not all the future, just the firstborn. It represents Hashem’s control of that future. Space and time and the turning of the Egyptian pantheon. It is no wonder that Moshe was regarded as very great in the eyes of the servants of Pharaoh and the Egyptians.

Photo by David Clode on Unsplash